The sensational movie star had taken to her Instagram page to roll out a cute photo of herself donned in a bikini which gave a free show of her body. 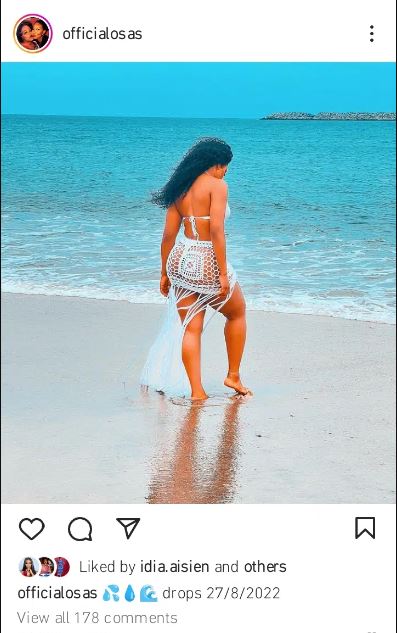 The photo caught the attention of netizens who left several comments and Starboy was visibly not left out as he opened up on what he thought about the photo.

Osas upon sighting the comment replied with a series of emojis.

In reaction to this, netizens tackled the singer while accusing him of flirting.

omotoshojnr wrote:
“what I can say is that everybody is a Ashawo”