Taking to Twitter, Akinmolayan said the young singers mostly sing about sex and he finds it very disturbing because one can easily tell that they don’t know much about what they are singing about. 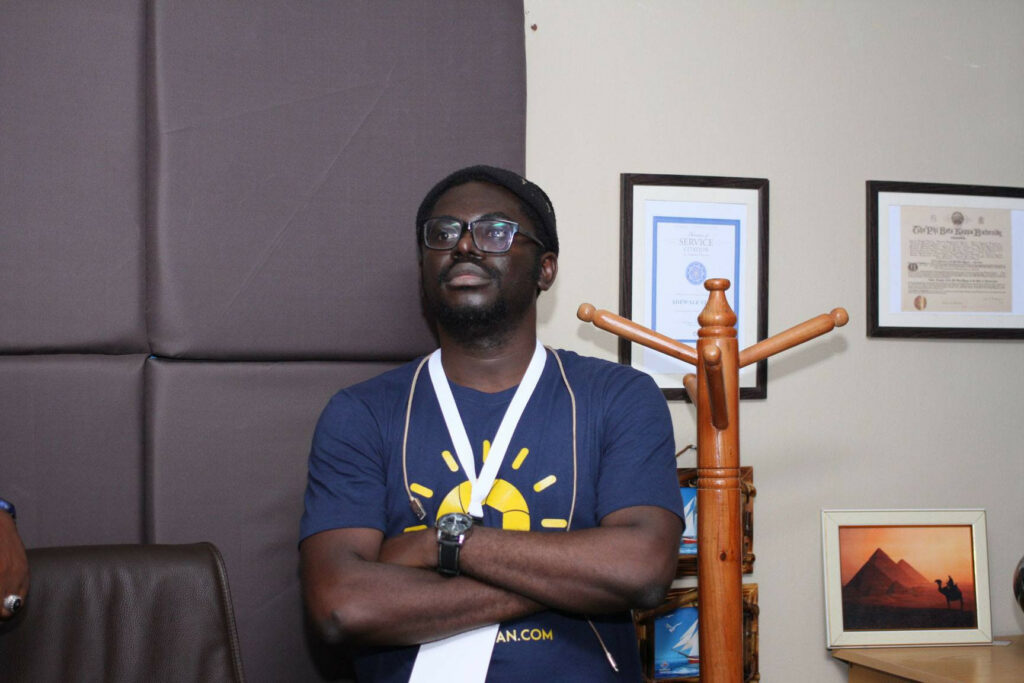 According to the movie producer, he’s not surprised because the Nigerian music industry is worth billions of naira.

“This thing were Don Jazzy gets young artists and most of the song is about sex and sex makes me feel somehow sha. I don’t know. It’s all sex sex sex. Sometimes u can tell they don’t even know what they are singing about. But what do I know. The music industry is rich as u say.” 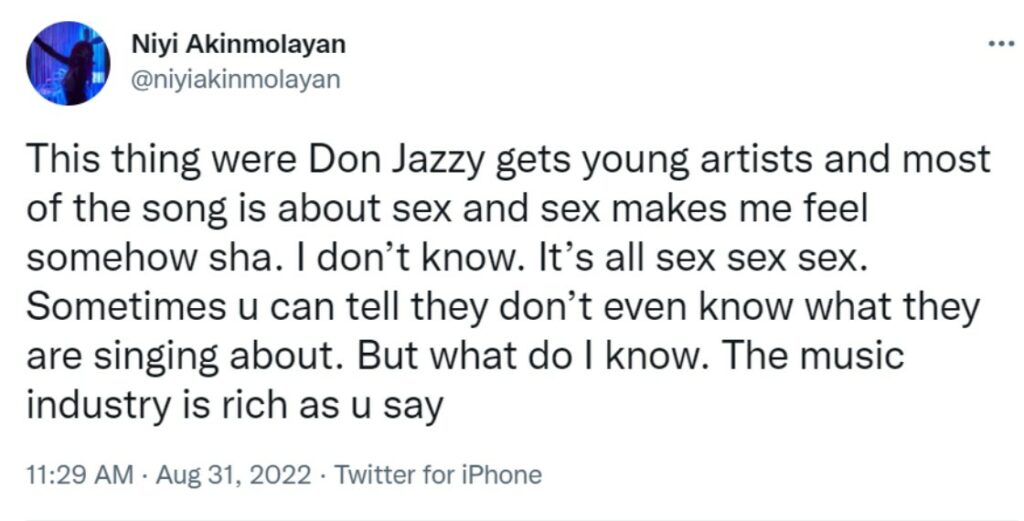 The music producer who is a mogul in the Nigerian music industry, shared screenshots of how he met with three of his artistes before signing them to his record label. 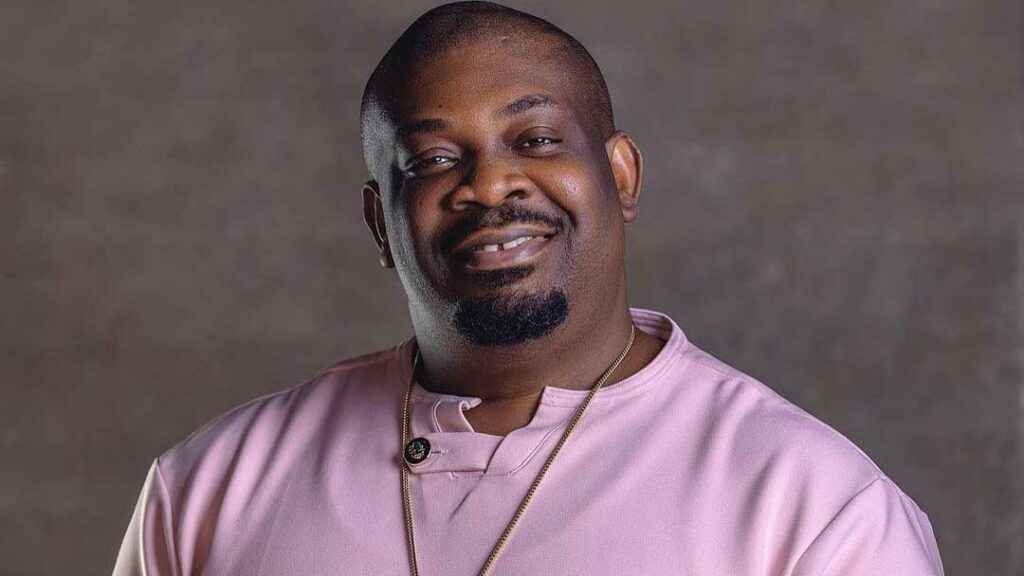 All three artistes —Ayra Starr, BoySpyce, Bayanni— had the same thing in common, as they were always displaying their talent on social media which got the attention of the music producer, hence, he buzzing them.

He shared screenshots of the first message he sent to each of them and wrote in a letter addressed to upcoming artises.