The spokesperson of the Delta state Police Command, DSP Bright Edafe, has lampooned popular singer, Paul Okoye, over his comment about police operatives who enter the car of motorists.

Recall that on Sunday, September 5, Paul took to his Instastory to state that any policeman who enters the car of a motorist is a criminal or a kidnapper. 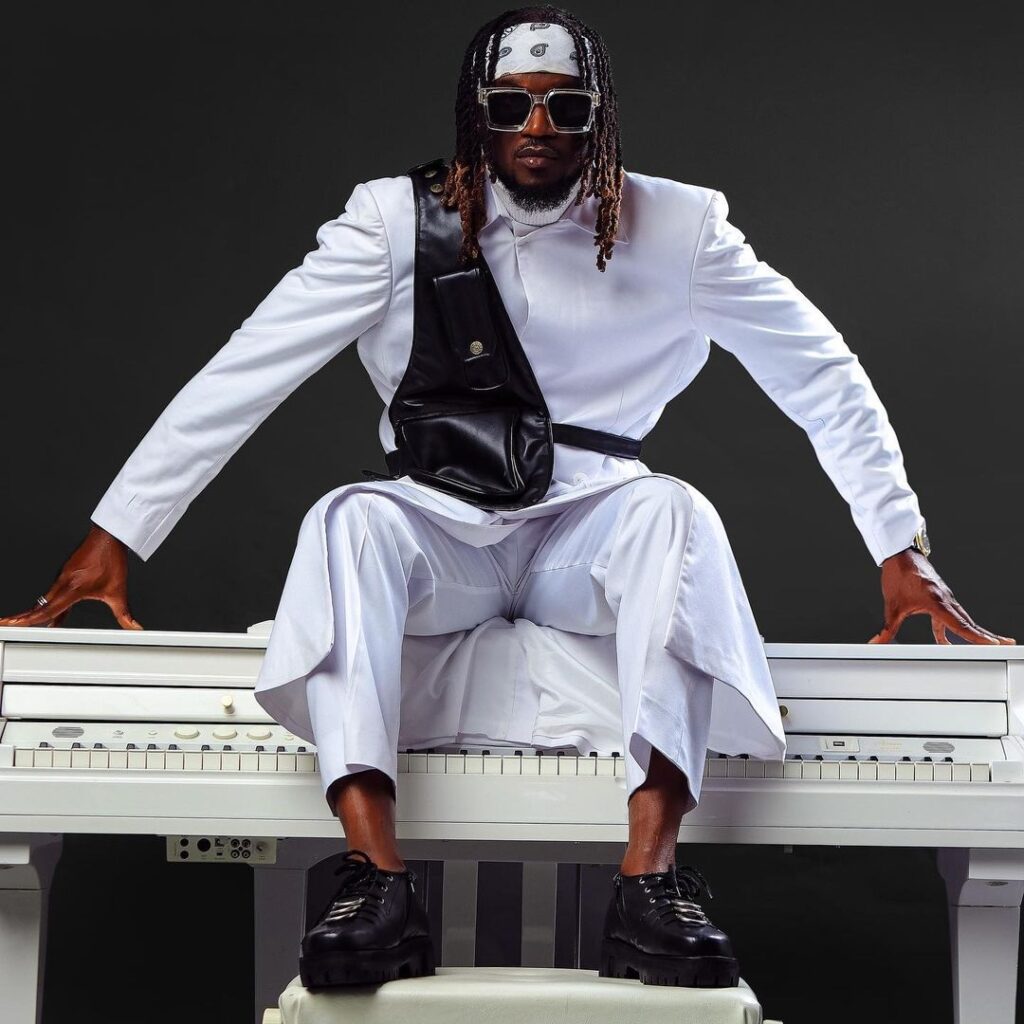 “The only reason a policeman will stop you and enter your car is just because they are looking for an avenue to negotiate for a crime you did not commit.

As long as a police man enters my car and tells me to drive…He’s a kidnapper or a criminal.”

Apparently, this didn’t sit right with the Delta Police PRO, DSP Edafe, and he hit back at the singer in a tweet shared on Twitter.

He wrote, “Celebrities with no sense” 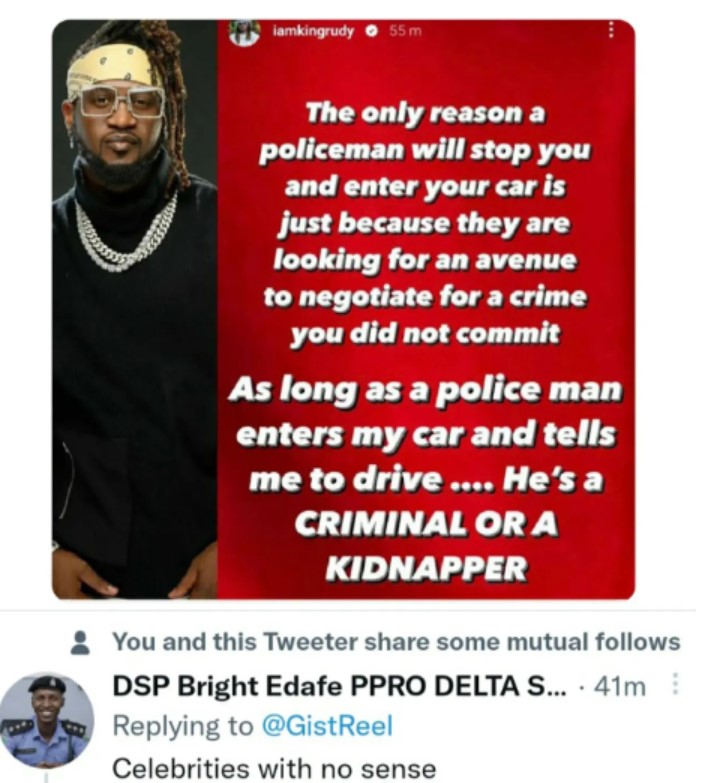 The Police had on Friday prosecuted Ice Prince on three counts, which were bordering on assault, obstruction, and abduction of a policeman. All charges to which the rapper had pleaded not guilty.

The Magistrate on the singer’s case, Taiwo Oyaniyi, had also granted him bail in the sum of N500,000, adding that he would reside in Ikoyi prison until his bail conditions were met.