Nigerian radio Personality, Maria Okan, has cleared the air on report that Afropop musician and alleged Baby daddy, Olamide Adedeji, gave her 2 million naira to have an abortion in 2019.

In the wake of Maria’s pregnancy, it was alleged that she collected N2 million from Olamide for abortion after confronting him about the pregnancy. 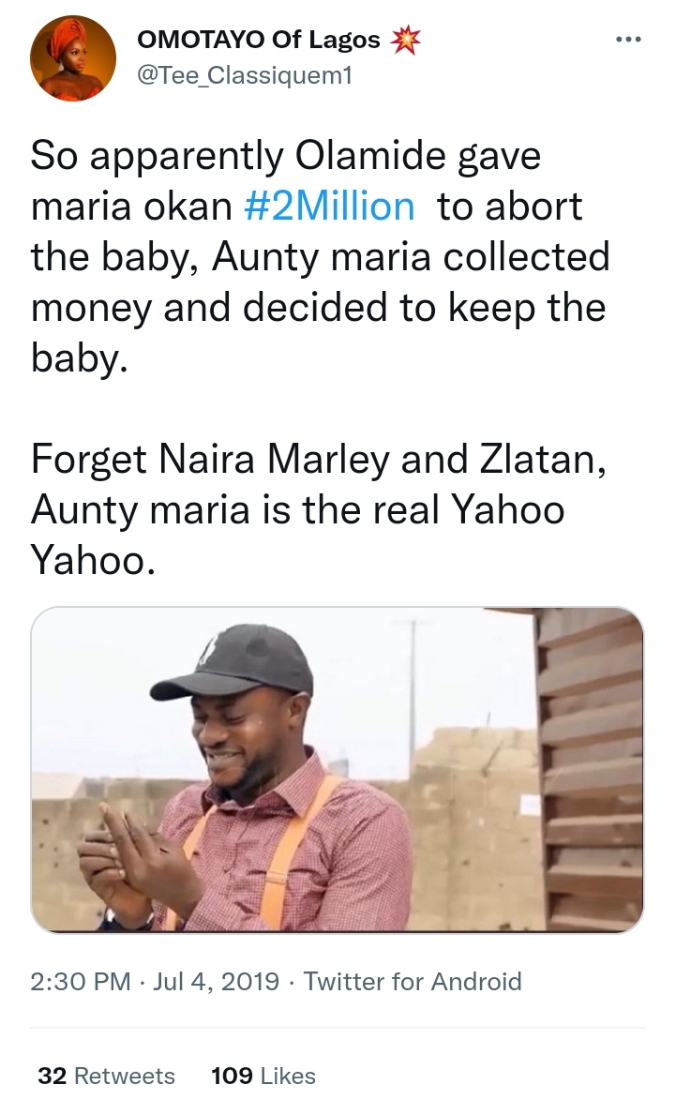 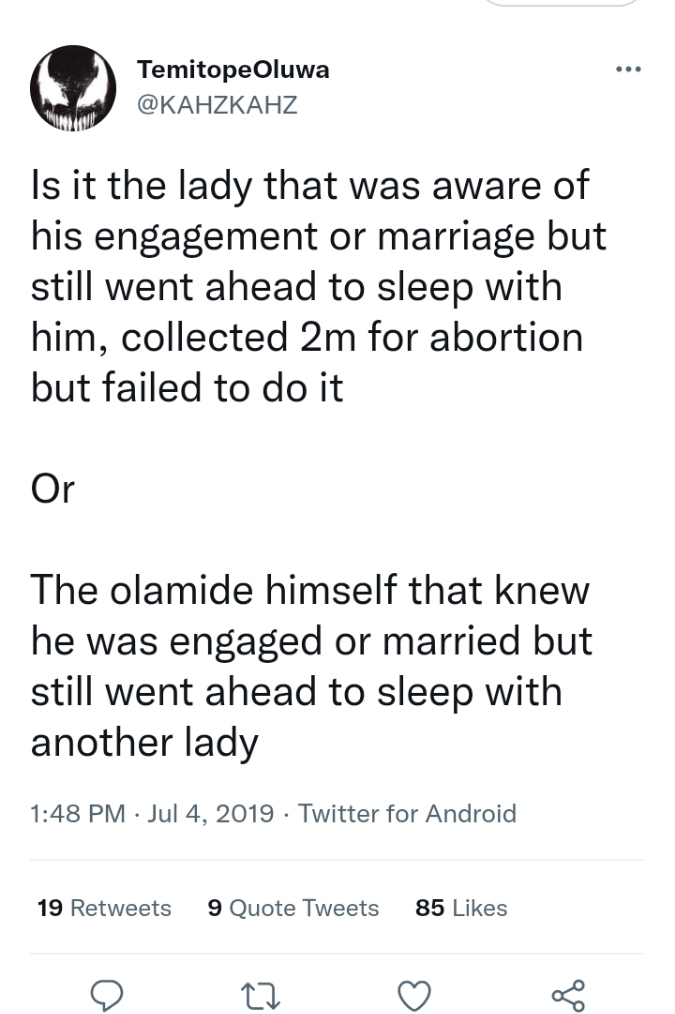 Three years after the brouhaha, the journalist made the headlines recently after she chronicled her life as a single mother in the UK in a short video currently making the rounds online.

Taking to her Instagram page, Maria shared a video where she recounted how she relocated to the UK from Nigeria while pregnant with her first child.

Maria also took to her Twitter handle to clear the air on alleged N2m for abortion, stating that no one gave her money to terminate her pregnancy.

”Your trolling comments, death threats and insults all these years have meant nothing lol. We are doing well, we are healthy, we are making money and we will continue to elevate.

And for the record, no one gave me any stinking money for an abortion. As a mother, when you carry a child and deliver her by the Grace of God, you will know how insulting this is and has been.

At the time those nonsense stories came out, I chose to focus on delivering my child since I had a high-risk pregnancy and a fibroid that practically exploded a few months in. But as she is safe and sound now, there’s no pressure. We thank God” 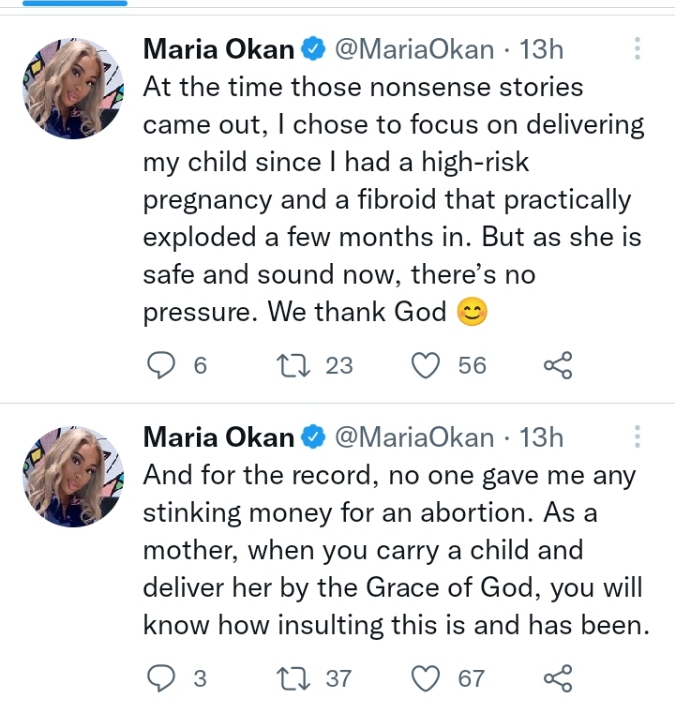