Recall that Godson took to his social media page to shade the Headies organisers over what appeared to be Davido’s win of the Humanitarian Award at the just concluded event.

On his Instagram story, Wizkid’s aide claimed the Headies clearly does not know the meaning of humanitarian.

Amid the backlash, Godson shared screenshot of a short chat he had with Davido on Instagram.

In the chat, Wizkid’s Aide briefed the OBO Crooner about how he has been constantly trolled by his fans ever since he commented on his Headies win. Reacting, Davido found his assertions funny. 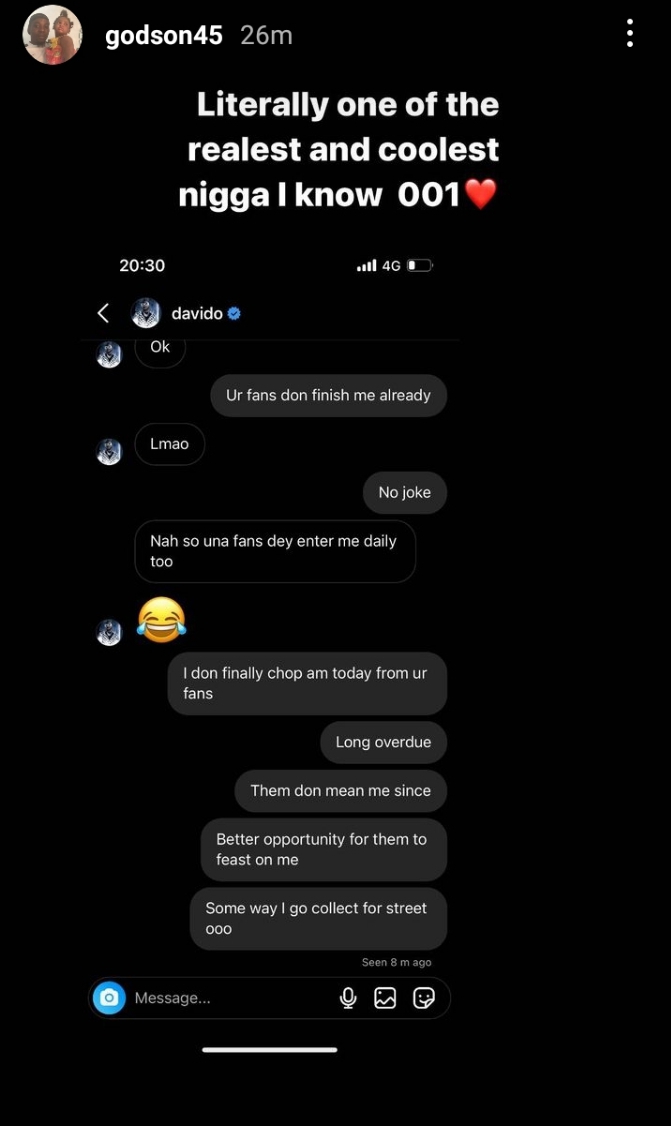 A fan took to Instagram and bashed Godson for leaking his private chat with the DMW Boss. Wizkid’s Aide responded with insults. 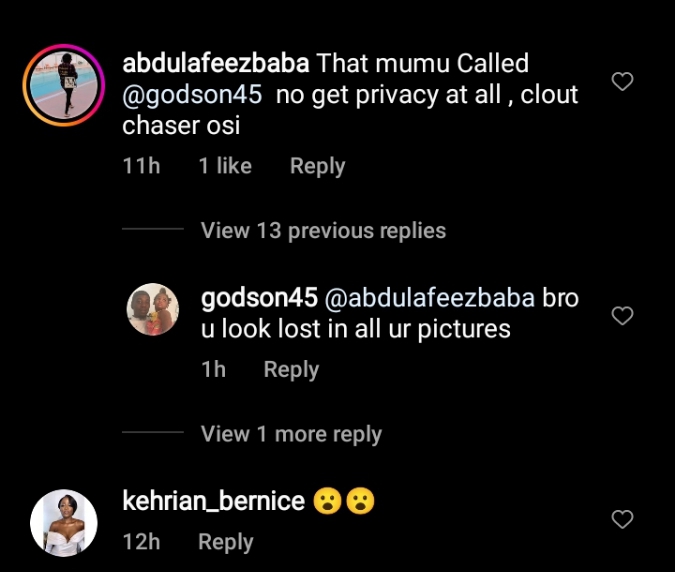