Popular Nigerian Actor, Yul Edochie, heavily clamped down on Famous Blogger, Linda Ikeji over her blog’s caption on his relationship with First wife, May Edochie.

On Thursday, May Edochie celebrated her birthday and despite the seeming feud which had arisen when Yul took another wife, he still celebrated his wife highly.

The Actor’s second wife, Judy Austin also wished May well on her birthday –although her message stirred backlashes from irate netizens.

Reporting the birthday celebration, Linda Ikeji had described the May as the actors estranged wife. The term didn’t seem to sit well with the actor who took to the comment section to point out the mistake and correct the misinformation.

Yul claimed that he and his first wife aren’t estranged since she still lives with him in the same house at Ajah. In case critics do not believe him, he urged them to go verify his clams. 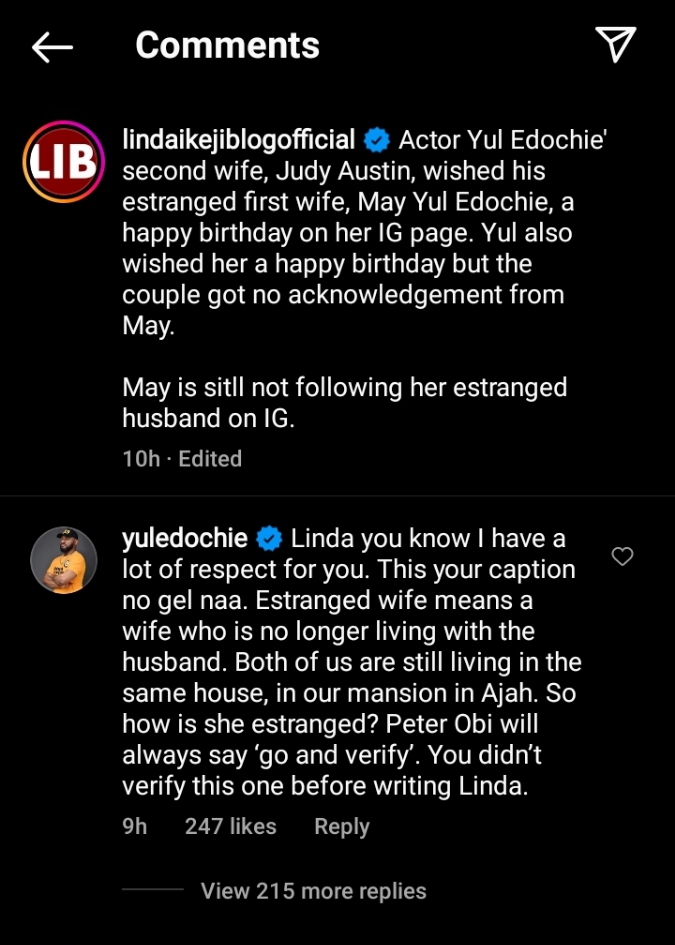