According to the report, the Pastor of the church and worshippers were flogged by the masquerades who disrupted the Sunday service.

It’s reported that the church members did not confront the masquerades but later gathered to salvage what was left of their properties which were also destroyed during the attack. 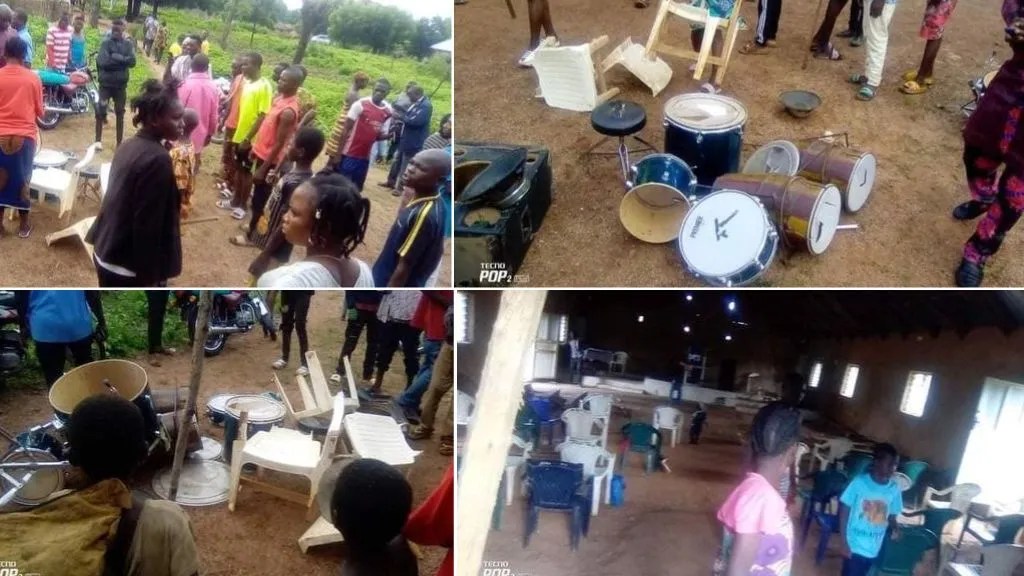 Music-wap.com reported that the elders of the village are making efforts to get to the root of the matter in order to restore normalcy.

Sometime in April this year, A Nigerian lady recounted how she was flogged by masquerade until she fainted in Anambra state.

The lady on Facebook with username, Ngene Chiamaka Marvelous took to her page to reveal how she went to the market despite her health condition and unfortunately for her, she ran into a masquerade at Eke Nibo on her way back home.

She shared that the masquerade flogged her and others also joined in flogging her until she fainted. The flogging left her with welts and she shared photos of her injuries on Facebook.

“Is that tradition?” Her caption reads in part.