One of the most sought-after Nollywood actresses, Chika Ike has shared new eye-catching photos of herself at the pool in Mexico. The actress, who loves to showcase her beauty in different outfits, has done it again by showing off her beautiful moment in a swimwear outfit. Some of the people who came across the photos were quick to react to the photos in different ways. 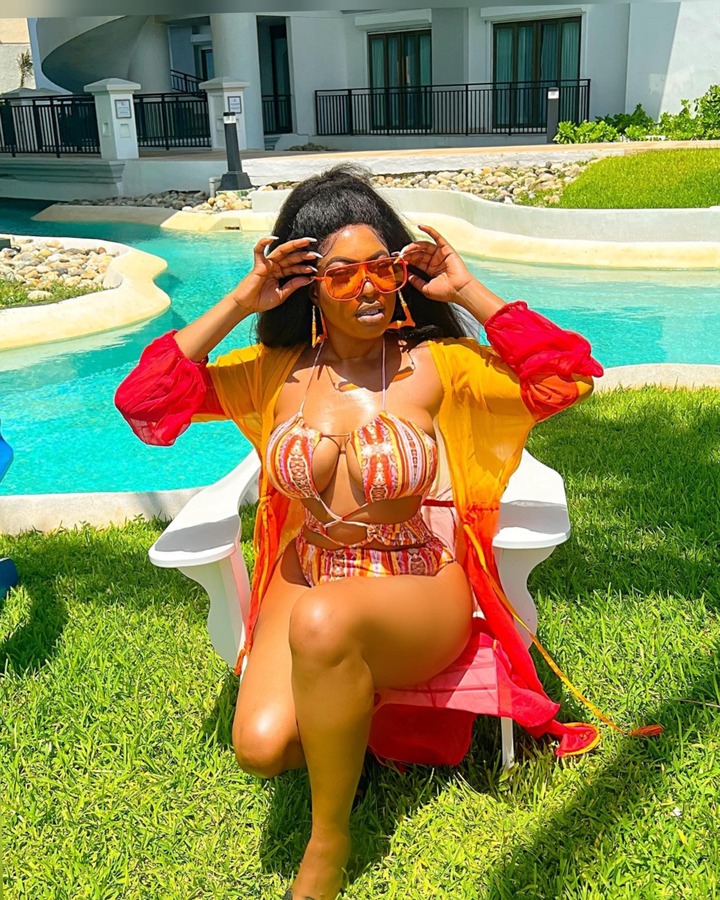 In her latest photos, she shared photos of herself in Mexico as she enjoyed herself at the beach. She showed off her beautiful hairdo, which looks stunning on her. Chika Ike has established herself as a real force in the Nollywood movie industry, thanks to her versatility and talent. 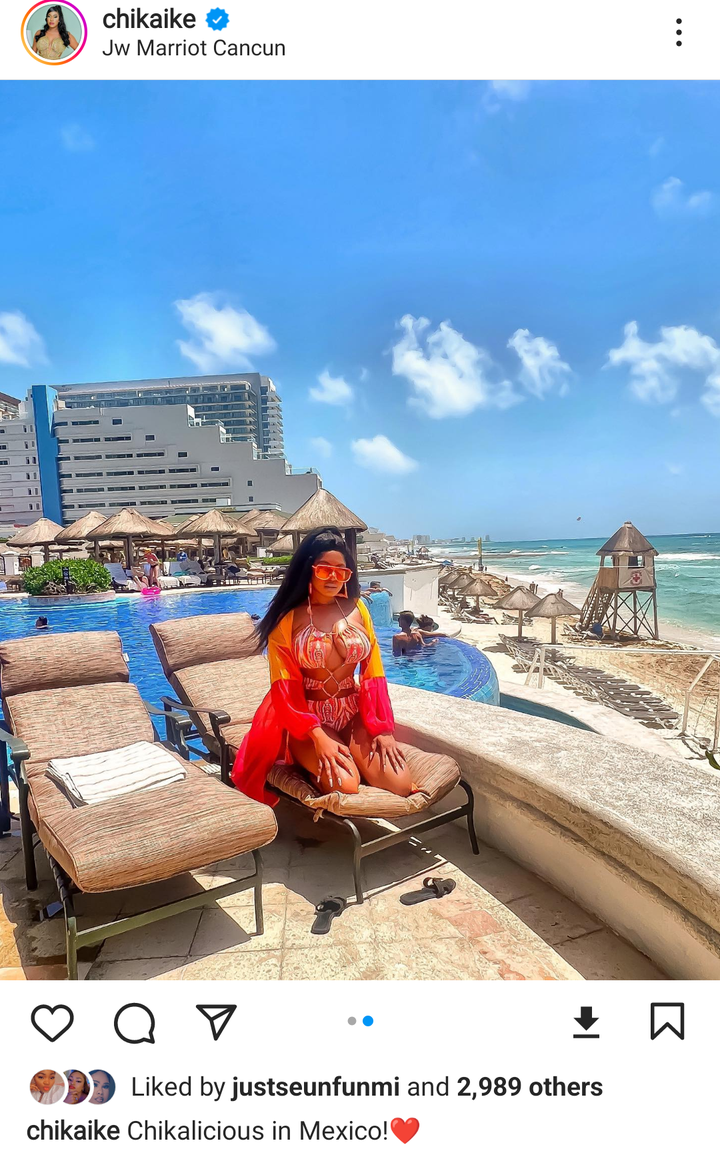 She used her caption to indicate her location as Mexico. She said, “Chikalicious in Mexico.” This caption shows that she is in Mexico, where she is currently enjoying her vacation. 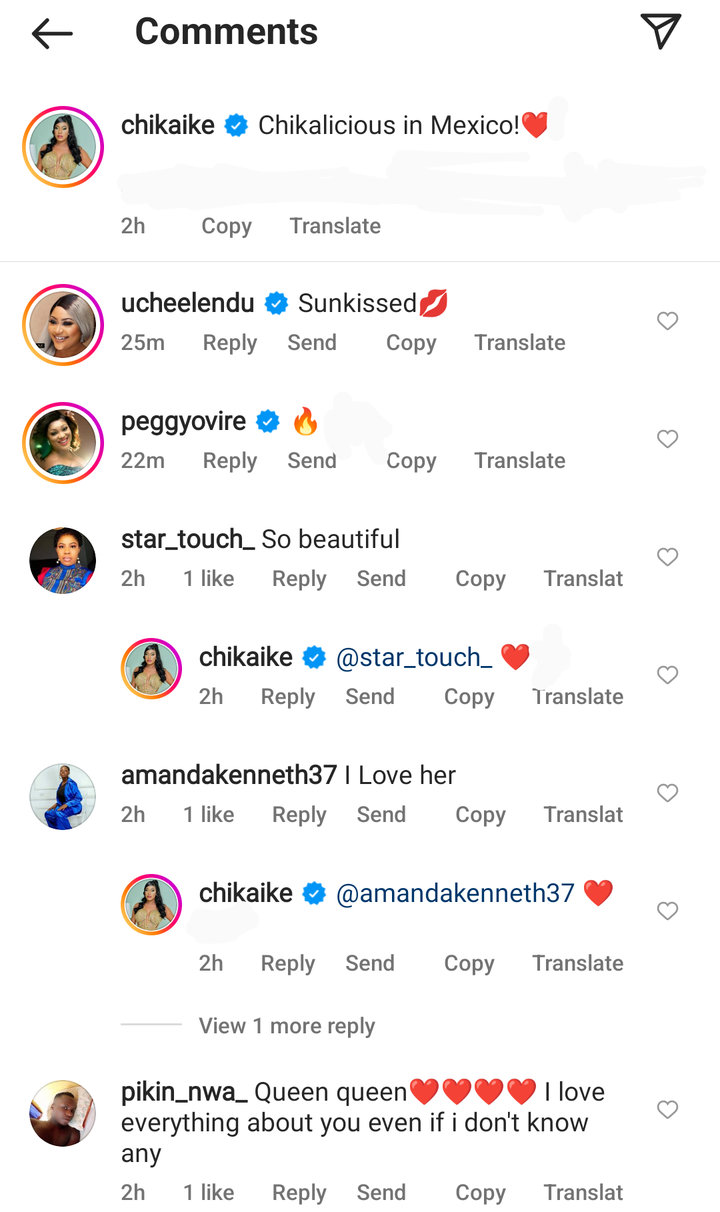 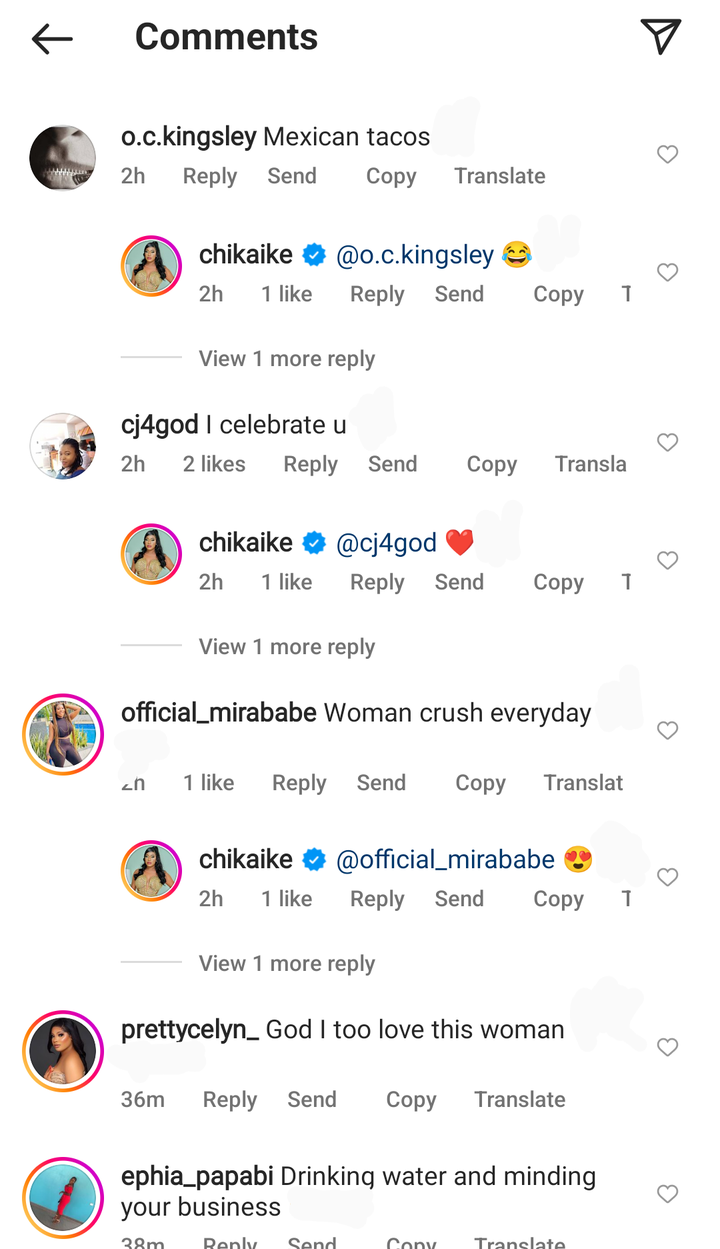 If the comments and reactions on her post are anything to go by, it is obvious that they admired her outfit, while some who are impressed with beauty also reacted differently on her page.