Popular Nigerian singer, Mr P, has responded to the backlash following a video of him locking lips with a female fan during a stage performance.

The singer, who is married to Lola Omotayo-Okoye, got tongues wagging after the video of him passionately locking lips with a random female fan went viral. 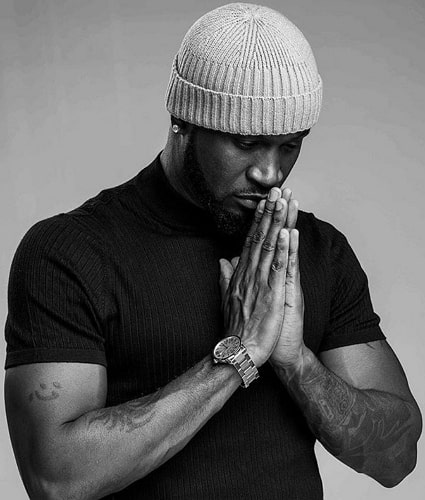 Mr. P, who is currently on a world tour with his twin brother, Paul Okoye, following their reunion last year, shared a passionate kiss with a female fan during his performance in one of the selected cities, an action that generated an uproar online.

A video of the moment that’s making the rounds captured the moment Mr. P bent over from the stage, moved closer to the female fan, who then grabbed his face, and the two passionately kissed.

Reacting to the video, a Twitter user wrote, “This is so irresponsible! Unprofessional too. What was he thinking?? Isn’t he married? This is crazy

Well, amid the backlash, Mr. P has taken to his Twitter handle to react, noting that no one in his family is complaining about his conduct on stage.

“On stage! I throw my cloths, shoes, and even throw good and passionate KISSES

No one from my family is complaining! Why e Dey pain u?

Pls allow us to continue our Tour in peace!” He tweeted. 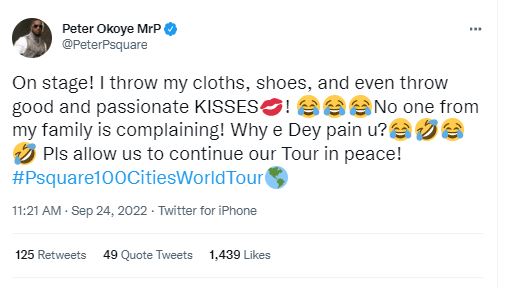