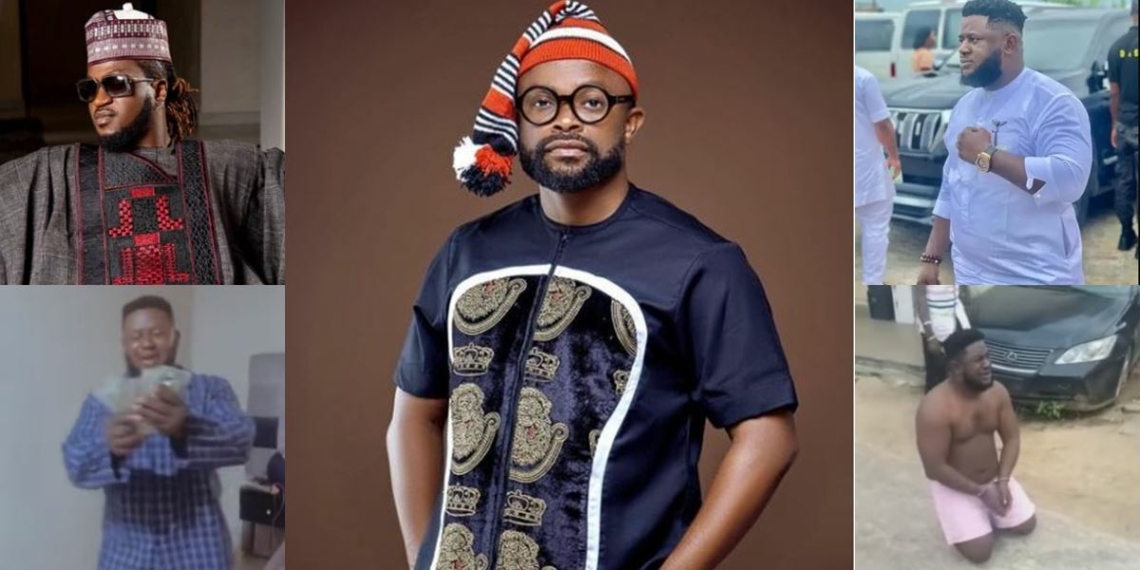 Veteran comic actor, Ime Bishop Umoh, popularly known as Okon Lagos has weighed in on the saga concerning the Bayelsa Big Boy, John Lyon who was recently arrested by the police over alleged kidnapping.

In a video that surfaced online, Lyon could be seen begging for mercy from the security agents while stating that his wife just had a baby. Lyon was known for his lavish lifestyle and often flaunted dollars online.

Following the news, a lot of netizens and celebrities reacted differently. Paul Okoye alias Rudeboy also took to his IG page where he berated ladies who basked in the euphoria of Lyon’s alleged ill-gotten wealth. According to Rudeboy, this set of women are only after the cash and do not care to know the source.

“A big boy was caught after discovering he was a kidnapper.. But I wan ask ohh. after seeing him with different adies flaunting money So none of this ladies ever asked him that question? They don’t want to know Just bring make dem chop”

Supporting Rudeboy’s stance, Okon Lagos took to the comment section of a popular blog where Paul’s post was shared to give reasons the ladies should be involved in the matter also. Okon Lagos described them as accomplices and enablers.

No clear, proven source of income yet you are comfortable take, keep, enjoy monies and lavish gifts without any form of enquiry or probe, then you are an enabler and accomplice. You should be given equal treatment with the actual culprit if not worse.