Popular Nigerian singer, Portable, pulled an unusual stunt while performing at a recent event in Iseyin, Oyo state, and it has gotten people talking online.

The Zazuh star shared a video from the performance on his Instagram page and netizens couldn’t help but notice that one of the fun-seekers had pilfered his ‘diamond’ chain. 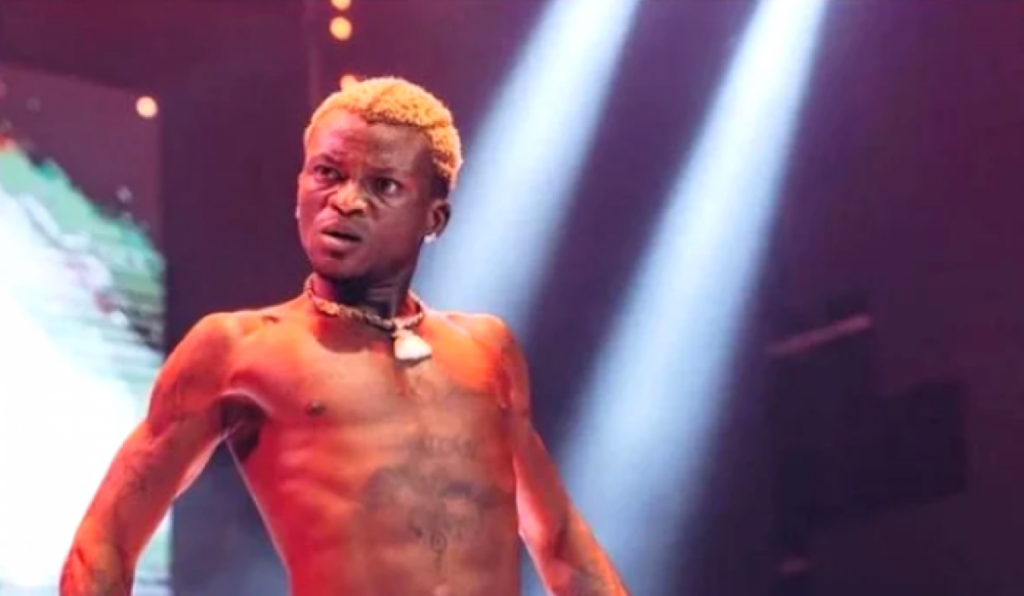 In the video, Portable jumped into the crowd and is seen moving freely in the midst of the audience while giving a stellar performance as usual.

He was surrounded by fun-seekers who struggled to get a glimpse and touch him but he somehow managed to escape and return back to the stage with the help of two bouncers.

After making his way back to the stage, he debuted his crazy dance move and began moving vigorously on the floor like he was having a seizure.

Watch the performance below,

The video has stirred a myriad of comments from members of the online community as they share their observation about his eccentric performance.

@hendriz_imo wrote, “that chain na iron who ever collect am go bring am back.

them don thief your chain, if you don dance Finnish check your neck

@amoktech wrote, “I hope dem no steal your money bcus I see one hand inside Ur pocket”