Nollywood actress and producer, Mary Remmy Njoku has taken to her Instagram page to share a food for thought for women dating wealthy men.

The mother of three, married to iRoko TV founder, Jason Njoku, said the cheapest thing a rich boyfriend can give his girlfriend is money. 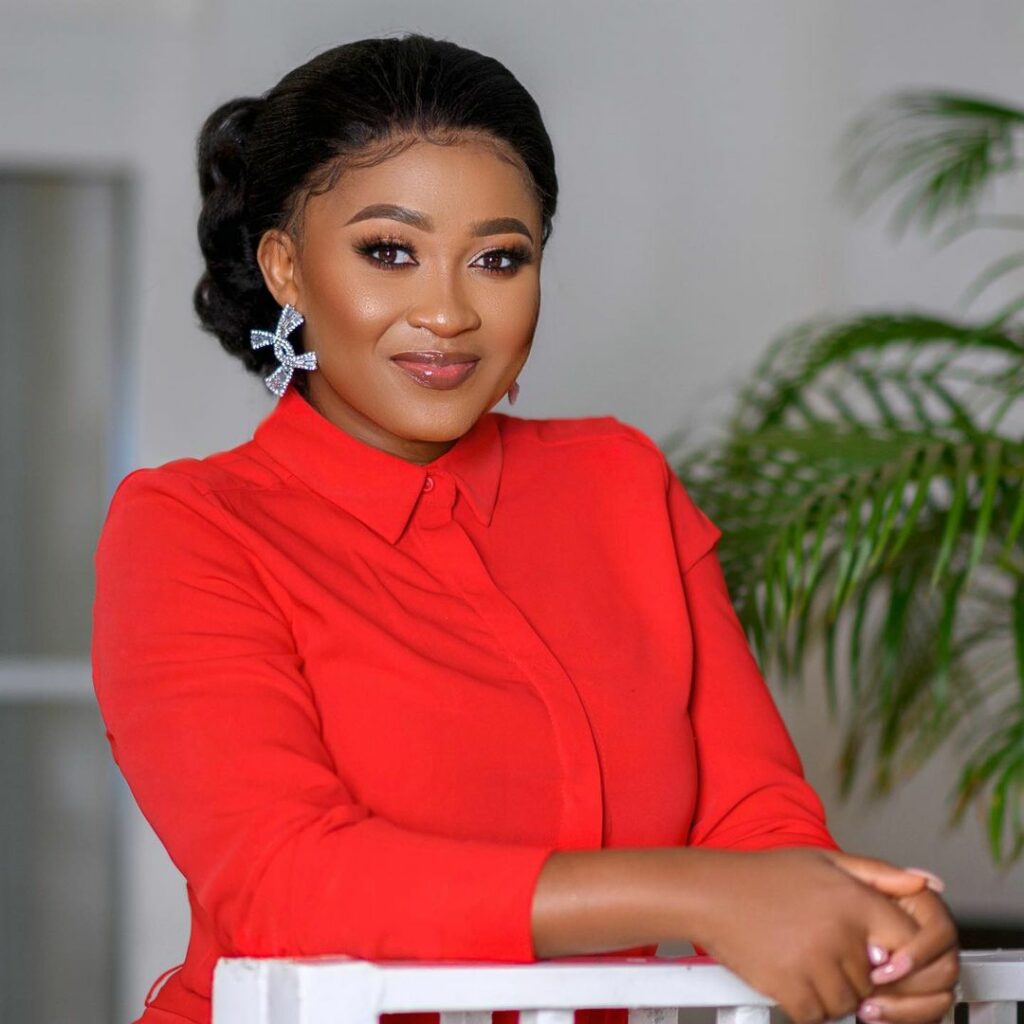 According to her, it would not cost a rich man ‘anything’ to give his partner money but some women don’t understand this.

She further stated that only wise women, who don’t think with the lavish gifts they receive from their rich boyfriend, would understand her message.

“The cheapest thing your rich boyfriend can give you is MONEY.

Only ladies who don’t think with their ‘rent’ and latest ‘iPhone’ will understand this.

If you think I am wrong. Fine.” 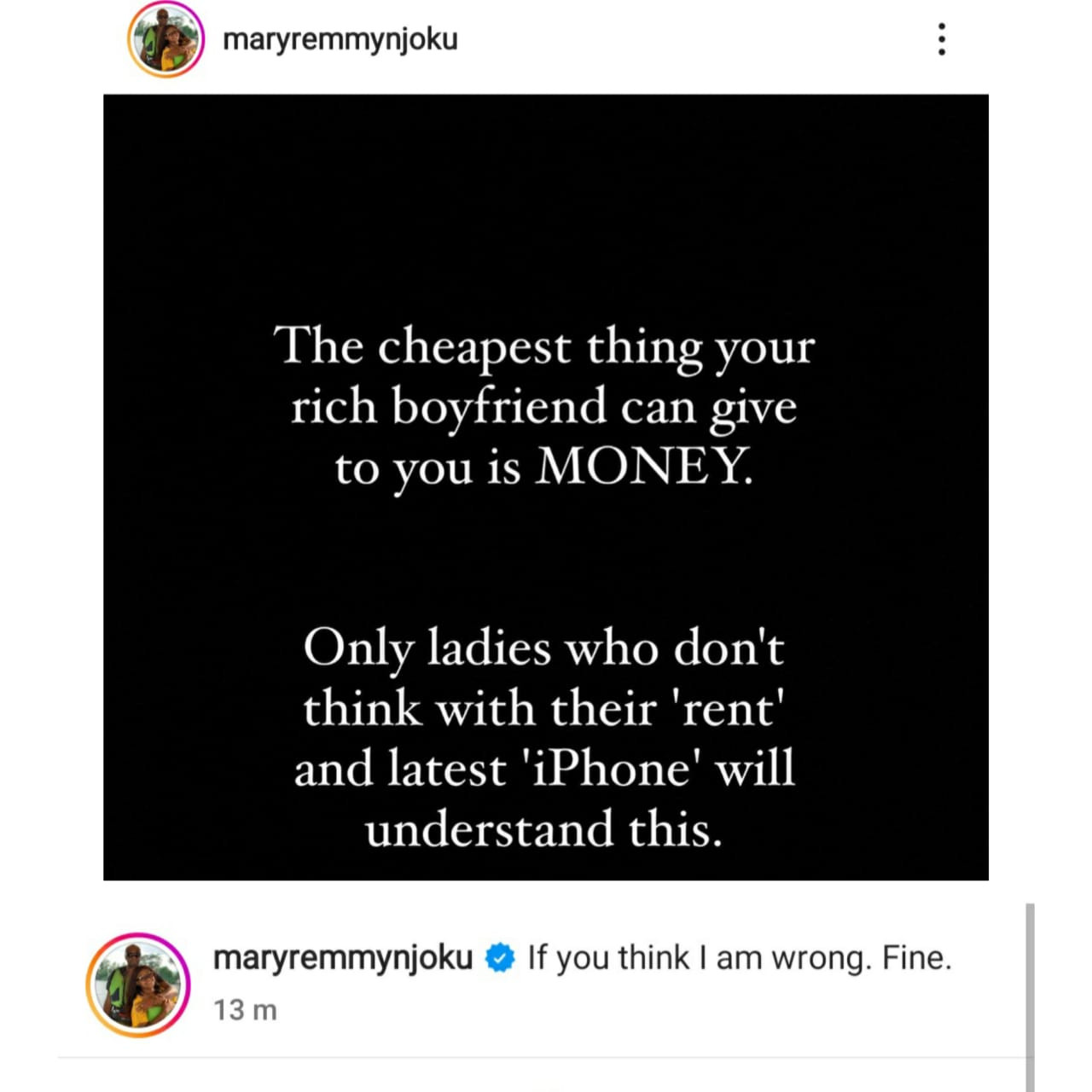 A while back, Mary-Remmy Njoku recently revealed some inside information about marriages.

According to the Actress who has been married for 10 years, being married comes with responsibilities and headaches because it is never going to be rosy all the time. She however added that the couple just have to remind themselves daily that they are in love and are in the marriage together.

She also joked that any marriage without issues is not a real marriage.