Nigerian crossdresser, Idris Okuneye, better known as Bobrisky, has said that nothing can ever make him slip into depression.

The internet celebrity stated this while questioning the reason people fall into depression. 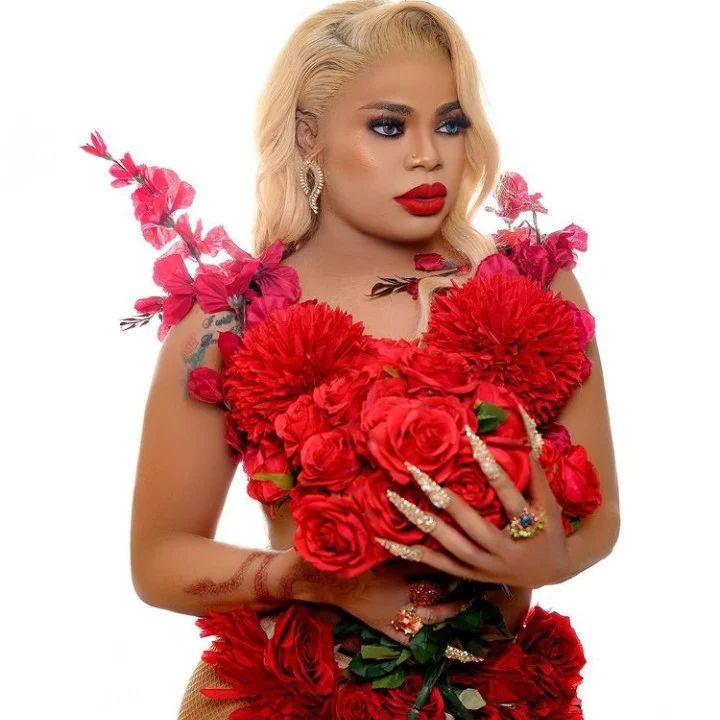 Taking to his Instagram page, Bob asked how people get into depression, noting that nothing on earth can cause him to be in such a state.

He claims that nothing on earth, no matter how challenging a situation may be for him, can make him fall into depression.

“But guys I want to ask a simple question? How do people get into depression? Cos me nothing on dis earth can make me go into depression o ! No matter hard it look I’m gonna face it like the shim I am”. He wrote. 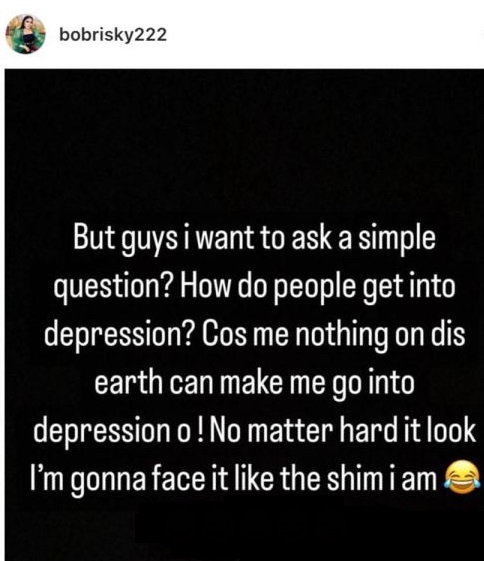 Martins, an investment banking expert who was also the co-founder and executive director of popular restaurant chain, Bukka Hut, is said to have ended it all in his home in the early hours of Tuesday, September 27.

It was gathered that Martins, despite his career success, had been battling depression for a while now before he ultimately took his own life at around 3 am on Tuesday. TheWill reports.

The deceased was a chartered stockbroker and a chartered accountant with 12 years of experience in investment banking, corporate banking, stockbroking, asset management, and pension fund management.

Until his death, he was the CEO of Nigeria International Security Limited (NISL), an independent financial services firm specializing in investments in Nigeria.