Grammy Award winner, Burna Boy, is currently in the news for a positive reason after he reportedly reimbursed a journalist who smashed her camera while rushing to interview him.

It was learnt that the journalist, said to be an intern, broke her Panasonic GH6 camera worth over $2,000 while trying to interview the Nigerian music superstar in Paris, France. 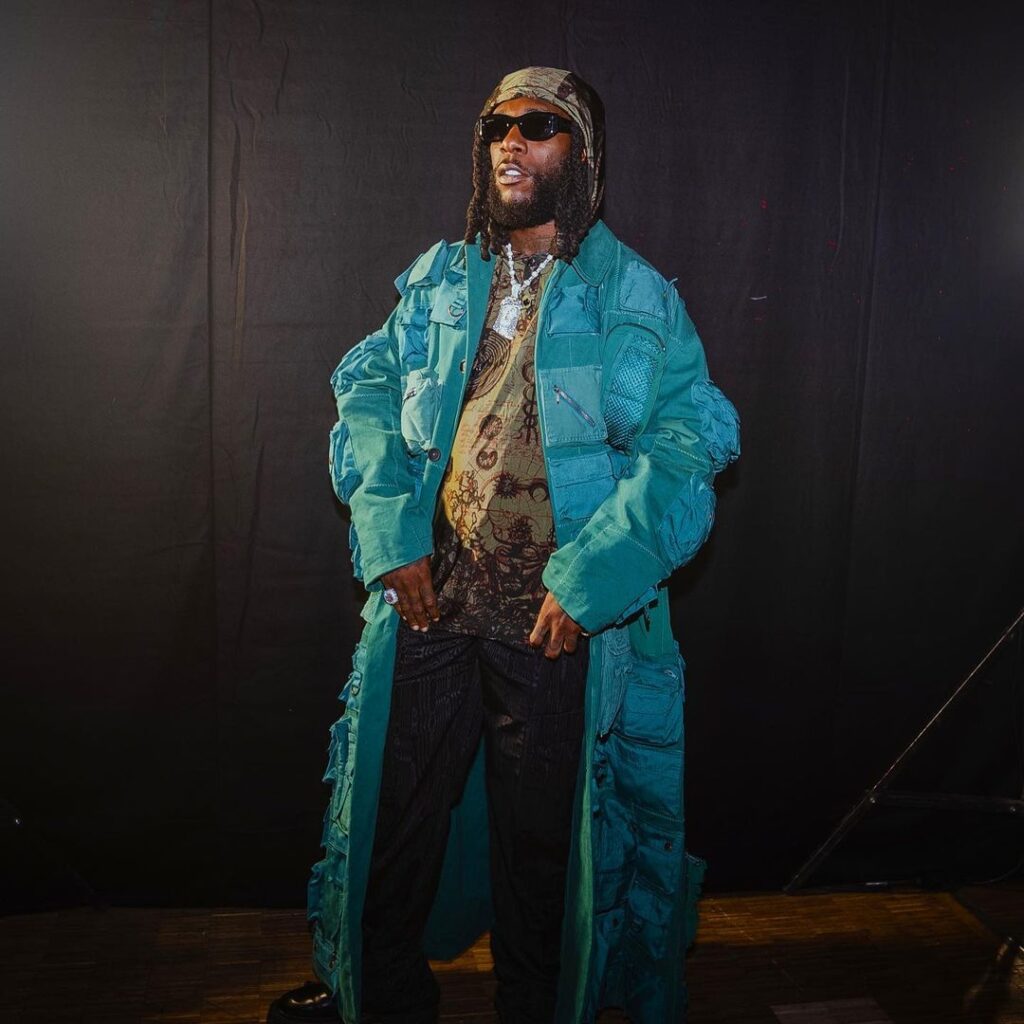 However, Burna Boy noticed the incident and instructed his accountant to gift the journalist some money to buy a new camera.

A Twitter news outlet who relayed the report wrote,

“While in Paris today a young Journalist on internship mistakenly smashed her “Panasonic GH6” Camera worth over $2000 dollars while rushing to interview Burna Boy. The African giant noticed this and asked his accountant to give the Journalist some money to get a new Camera.

While one would expect the news to be met with goodwill, many criticized Burna Boy for only showing empathy to foreigners but always rude to Nigerians.

According to them, the self-styled ‘African Giant’ would never do the same for a Nigerian if a similar incident occurred. 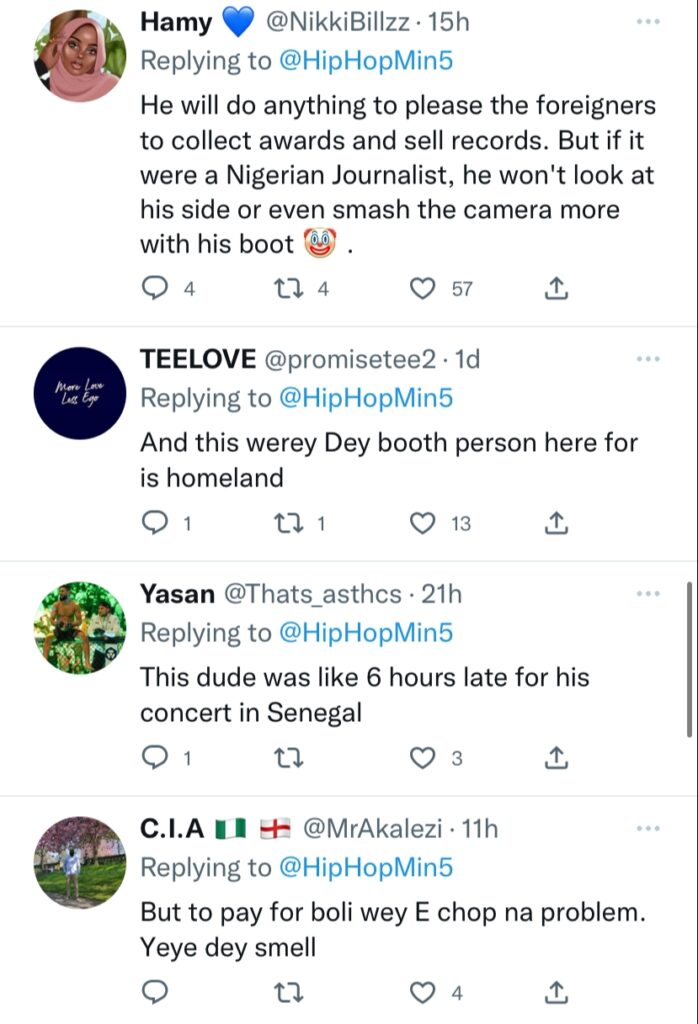 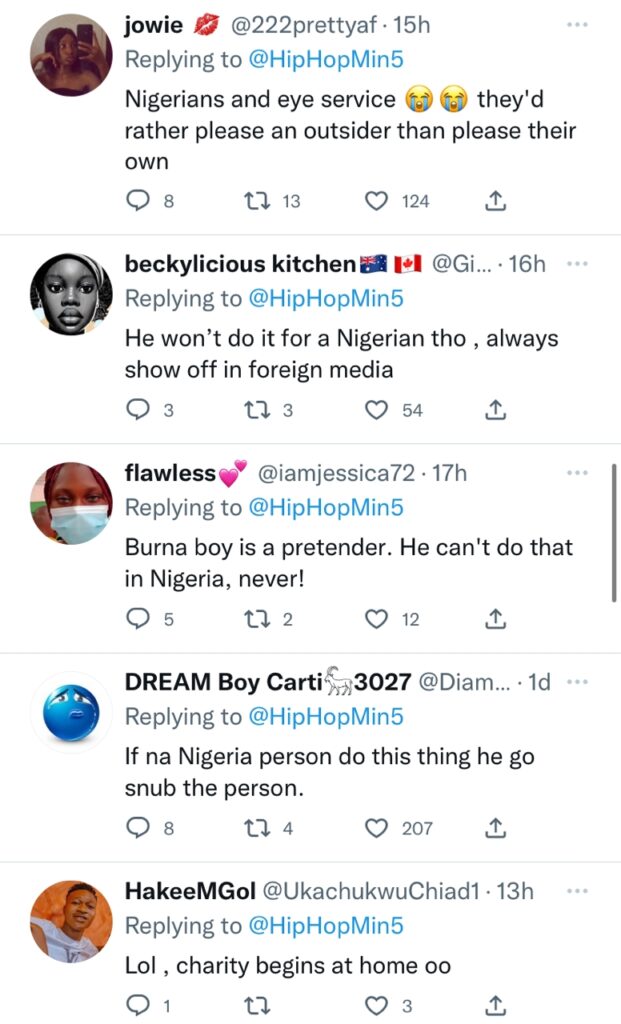 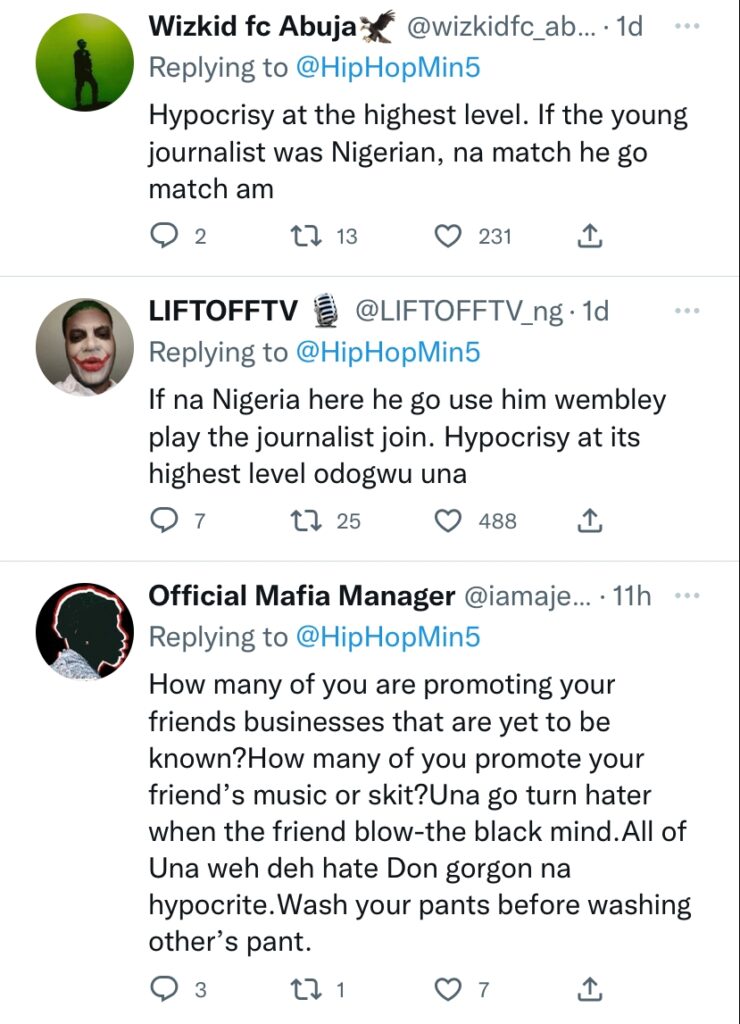 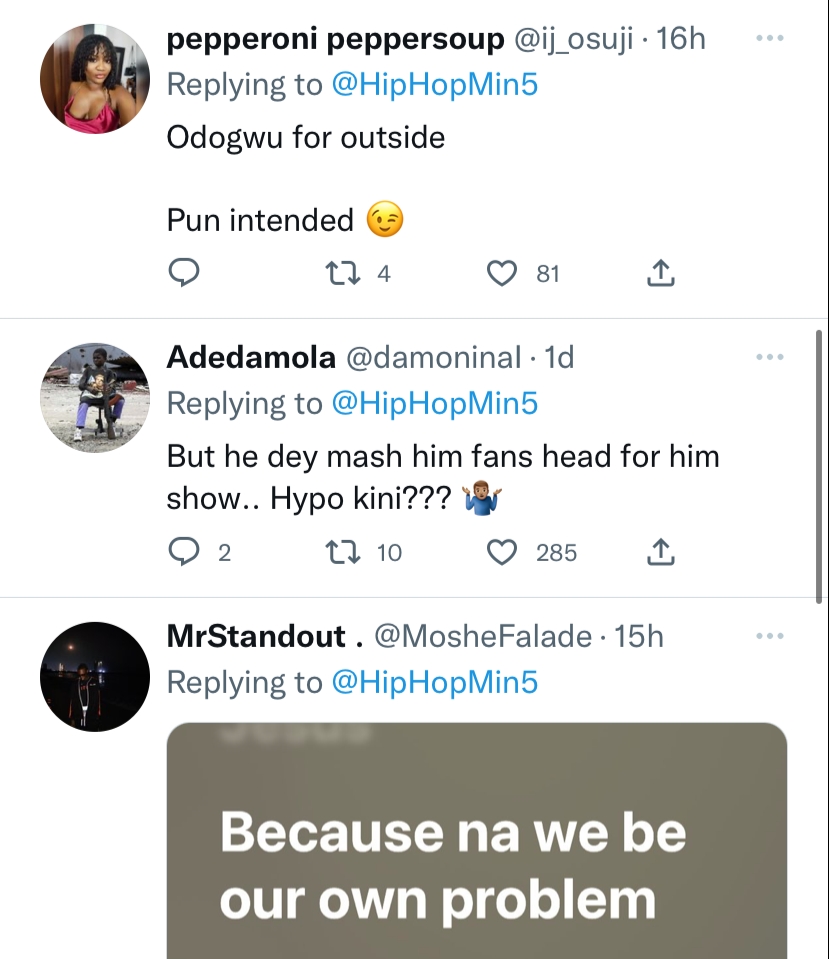