Burna Boy is on Instagram ranting after he sustained an injury.

The African Giant shared a picture of his leg with a bandage wrapped around his feet. In the caption, Burna referred to his leg as a stupid leg.

“Stupid leg, stupid sliced up veins”… One isn’t certain if he sustained the injury during his performance or after the ‘Made in America’ show. However, Burna Boy said nothing can stop him from performing, not even a swollen leg.

Made in America 2022, Curated by JAY-Z happened at Philadelphia, PA | Sept. 3-4 | Labor Day Weekend. The line up for this music festival include the likes; Bad Bunny, Yung Nudy, Pusha T, Kodak Black, Lil Uzi Vert and Tyler The Creator to mention a few. 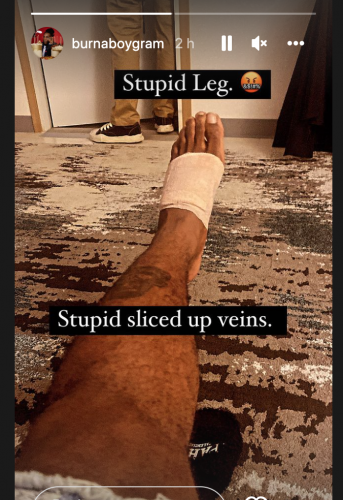 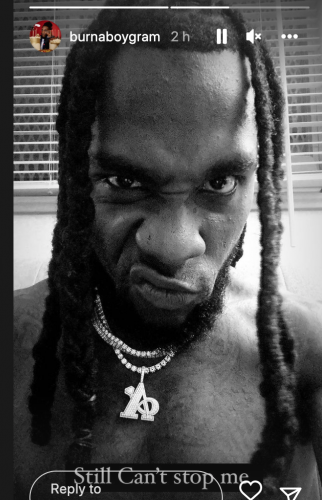